Chickens are fucking hardcore, man. They come from hell and can straight up murder a dude with like no warning whatsoever. Also, Basilisks? Motherfuckers eat that shit for breakfast. Also they're kinda fluffy in a feathery way so that's neat, too.

Were Chickens are a subgroup of the hellbeast Chicken.  Hard as it is to believe, these creatures were once human, but through the bite of a cantakerous cluckbeast they now transform under the moonlight.  If encountered, no mercy is to be shown.  You must fight or run.  Run and hope a field of corn distracts the ferrocious fowl from its pursuit. 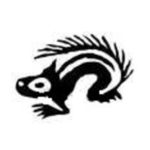